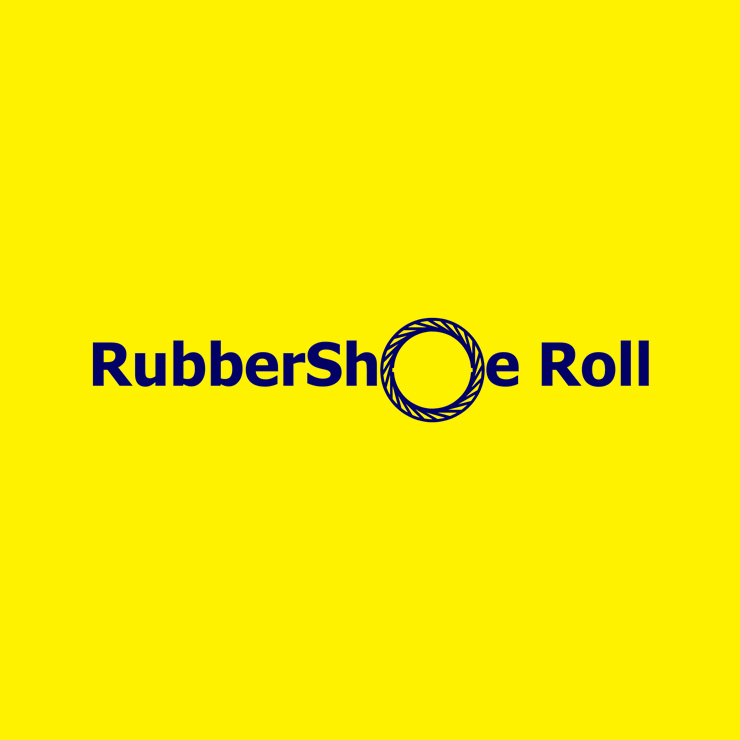 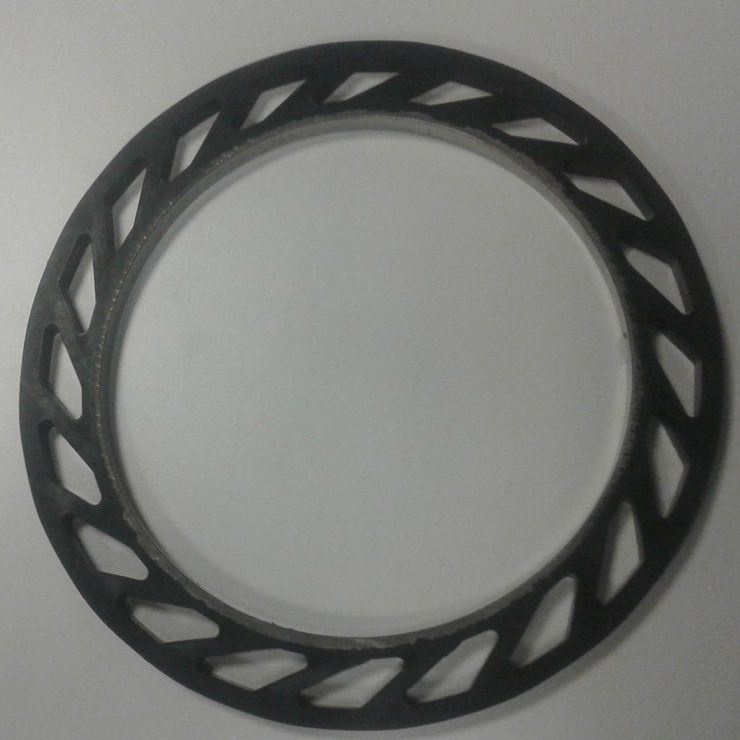 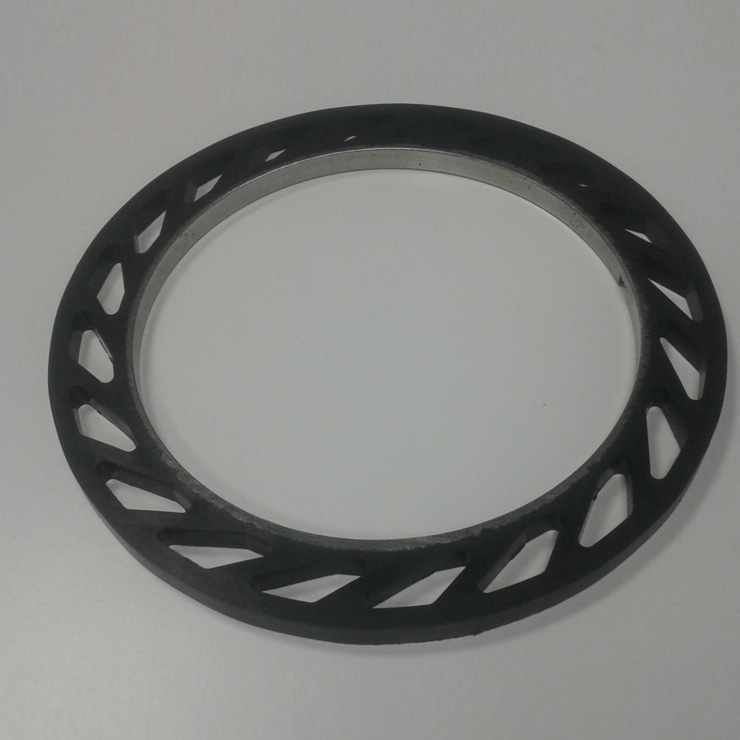 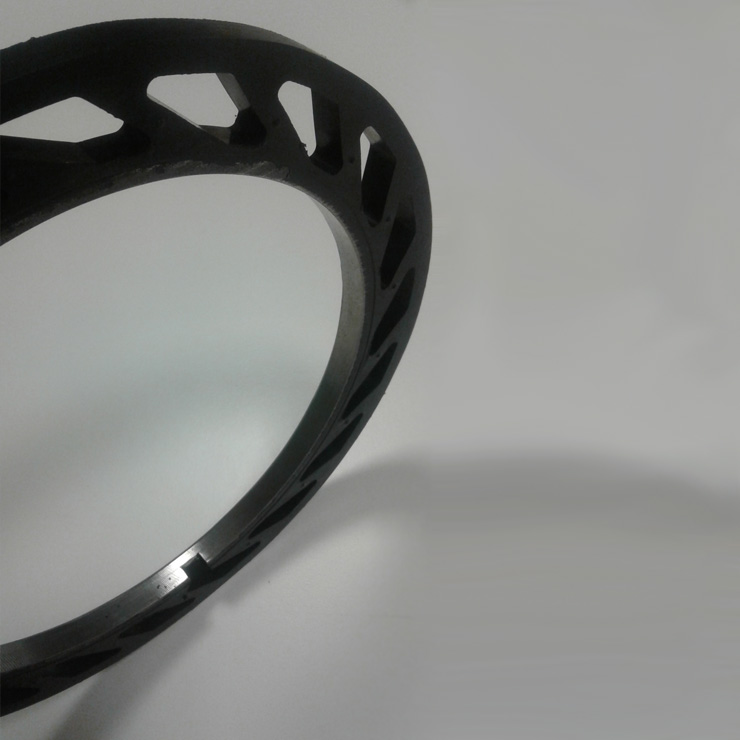 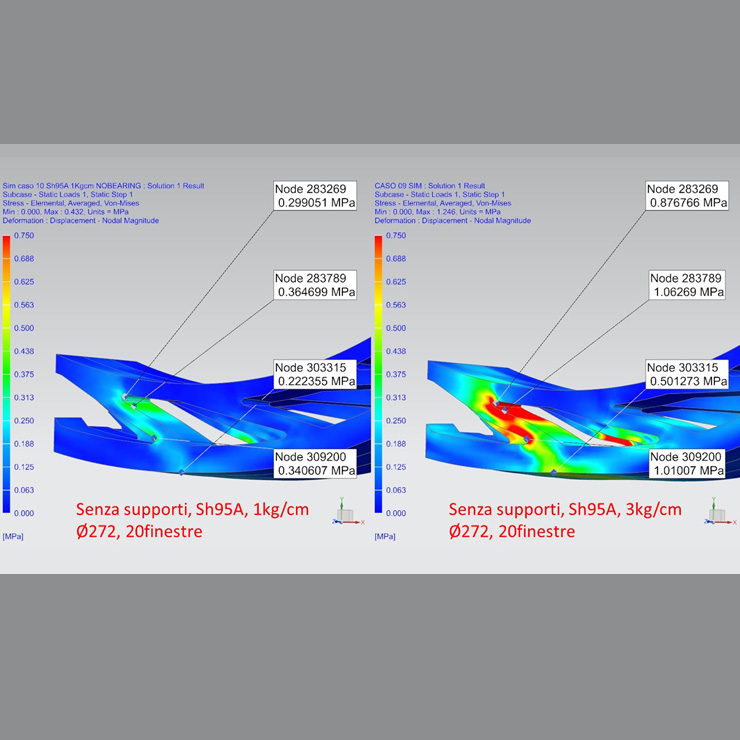 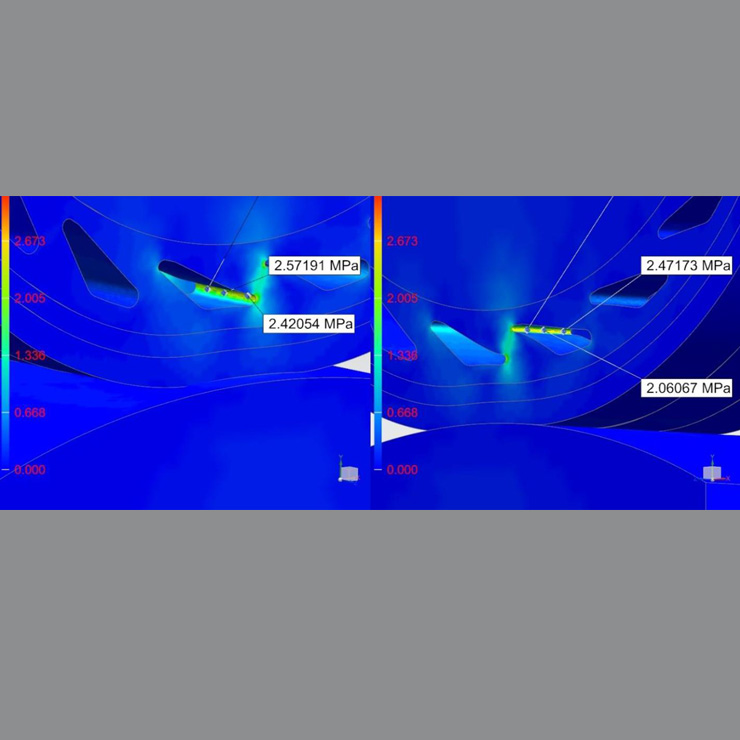 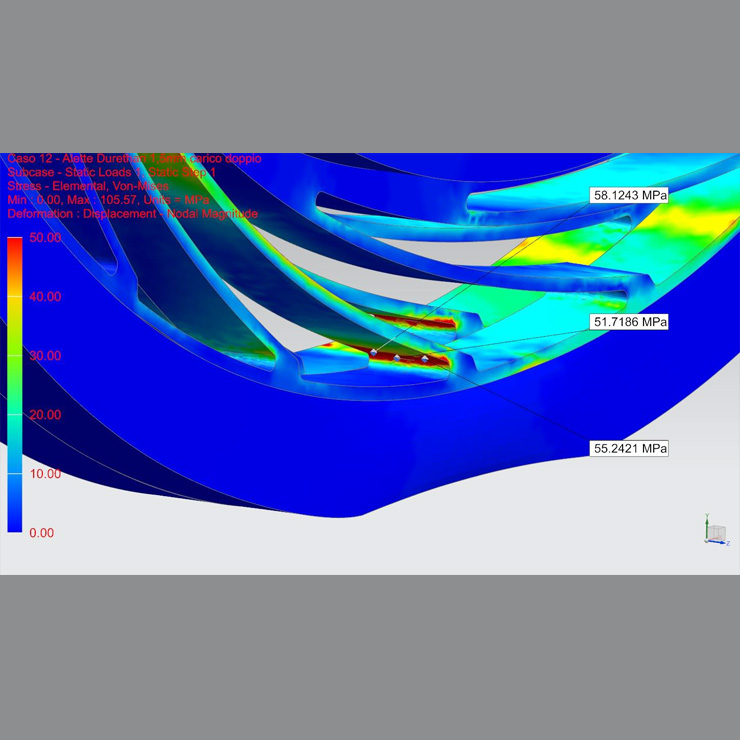 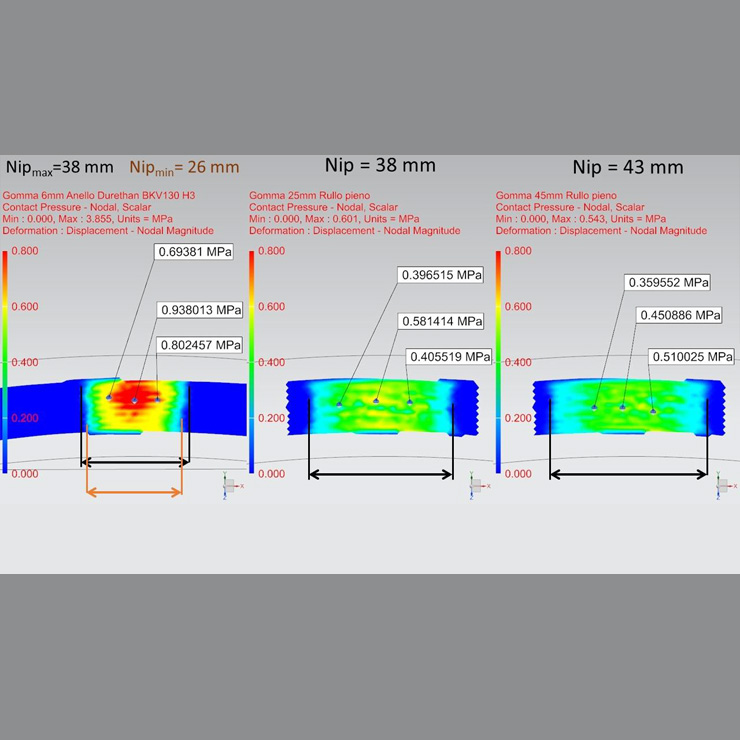 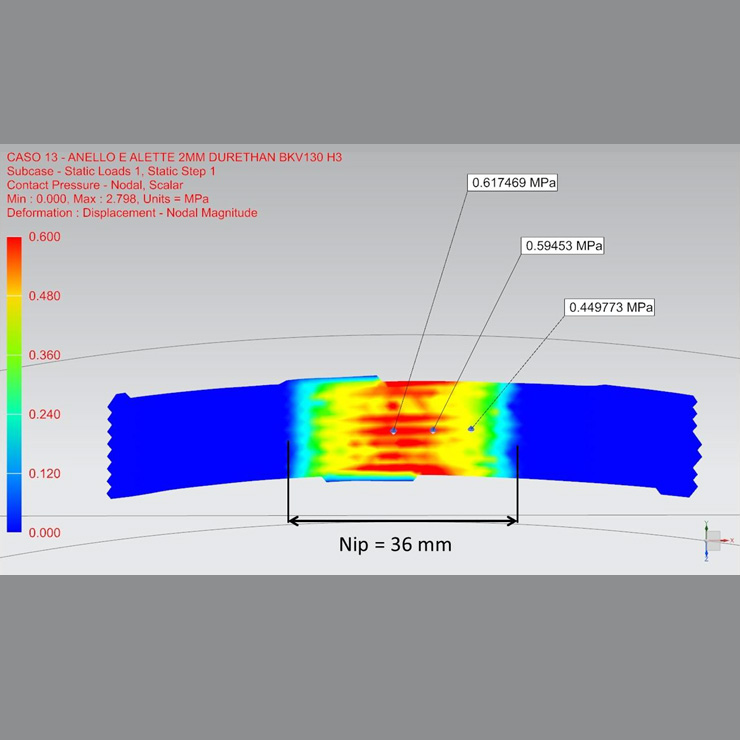 The RUBBERSHOE ROLL, patent pending, is a roll equipped with a soft rubber covering applied on a further inner covering, composed by a series of hard and flexible rings thanks to their particular geometry; the combination of effects of the two layers generates in this roll the capacity of creating a very long NIP against it's contrast roll when pressed with the same pressure of a traditional rubber embossing roll.

This characteristic has the consequence of elongating the time during which it presses against the corresponding embossing roll allowing embossing with softer rubbers for longer times.

This generates the following advantages:

Based on lab tests, all performed at the same embossing pressure of 3,5 bar with different hardness rubber of 50, 60 and 70 ShA using the same embossing pattern of 60 dots per square/cm, the advantage theoretically obtainable had been estimated up to 22%.

At present this project is in the phase of construction of a prototype which had been acquired by a very important Company to evaluate in practice it's potentiality by testing it in a pilot line; this roll will have the possibility to generate a 26% longer NIP with a 22% lower medium embossing pressure keeping the same hardness and embossing pressure.